Should I buy now? It's going to be stop being a sellers' market, right?

I get asked this all the time.  Each market is truly different; my team works Minnesota, Wisconsin, and Florida, and each of them have their own culture, laws, and most important: Market idosynchricies.

Despite all that, all of the markets (particularly MN and WI) are suffering from a massive inventory problem.  There are no houses.  As of today, there are 9,239 homes on the market in the Twin Cities.  Total.  That means that there is 1.8 months' supply.  If every house sold, and no new homes came to the market, there would be no homes to sell after 1.8 months.

We need houses!  As you can see, from the article below, the inventory is predicted to stay low.  It's a great time to sell.  And will be for awhile.  And it's a good time to buy as well, with interest rates so low, you won't be able to afford as much house in the future.

Regardless of what you're planning on doing, thinking of doing, or scared to do, watch the market, and stay up on trends.  You don't want to miss out on some tremendous opportunties that may change your circumstance.

‘If I Wait, Home Prices Will Come Down’ – but Will They?

Market predictions are difficult, and 2021 has wild cards. Will the pandemic end? Will a host of sellers list their home if they think it’s safe again? Still, prices and interest rates will probably keep rising next year, and most experts say it’s smart to buy sooner rather than later.

FORT Lauderdale, Fla. – If you’re looking to buy a house, now might be the time.

Although some people expect the COVID-19 pandemic to depress prices, many real estate analysts predict the opposite: They say the supply of new homes will tighten further in 2021 and prices will leap forward.

Realtor.com, for example, says buyers will have limited choices if they wait to sign on the dotted line. The online search service expects prices in South Florida to rise by 7.1% compared with this year, while sales will grow only 3.7%.

“I do think you need to get in the game,” said Mike Pappas, president and CEO of The Keyes Co., the South Florida-based real estate service firm. “Otherwise you could miss the game. Or you’ve got to leave the area.”

Pappas says Realtors have seen double-digit price increases in the past year. Demand has surged because COVID has redefined the home.

“Home is now school. Home is now work. Home is now social escape,” Pappas said. “Basically, there has been an acceleration of a need for home. It’s fueled by low interest rates and the millennials in their prime buying season. They’re in their 30s and having children.”

The number of homes for sale will slowly rebound, but the year will be filled with “wild cards” from the pandemic, which has held sway over the economy, realtor.com says. Rising home prices and interest rates will affect first-time buyers like millennials and Gen Zers the most because they have less cash and no home equity, said realtor.com Chief Economist Danielle Hale.

Buyers who can find a home earlier in the year are likely to see lower prices and mortgage rates, she said.

They will compete for homes with a growing number of migrants to Florida from northern U.S. cities, according to brokers.

“If I can work anywhere, Florida’s a great option,” Pappas said. “It’s a no income tax state with balanced budgets and weather – and air conditioning.”

But some analysts think caution is in order because the region’s housing market is overvalued.

“The nation is reaching the peak of its current housing cycle,” said Ken H. Johnson, a real estate economist at Florida Atlantic University’s College of Business. “I don’t expect prices to crater like they did more than a decade ago. Still, you don’t want to be the last person to buy at the peak of the market.”

Home prices have been rising since 2012, and the end of the run is near, Johnson and other economists say. In South Florida, he noted, homes are overvalued by close to 20%, the highest level in eight years.

But the prospect of another year of rock-bottom interest rates will be hard for many buyers to resist.

Doug Leever, mortgage manager at Tropical Financial Credit Union, said the institution typically closes between $90 million and $100 million in first mortgages a year. “This year we’re at $207 million through November.” He expects the year to close out at $230 million.

“It’s an absolute record year,” he said. “We do expect our purchase business to be very strong going into next year,” he said, with rates for most of 2021 to be “right below 3%.”

“Probably Texas was No. 1,” he said. “I’m sure Florida is right on its heels at No. 2. You’ve got a supply problem fueled by the lowest mortgage rates we’ve ever had.”

Statewide, he said, migrants from New York, New Jersey and Connecticut “are buying all over Florida from Naples to Miami to Jacksonville.”

“We are about a week or two away from having the fewest available homes for sale in the last 15 years,” he said of his company.

Developers around South Florida are reporting strong demand for new homes in what green spaces are left in the tri-county area.

In western Palm Beach County, homes starting at $334,900 are selling quickly at Westlake, a development being built by Minto Communities USA.

Through November, the development sold 454 homes compared with 192 at the same time in 2019,” said Mike Belmont, president of Minto Communities USA. “When COVID became apparent we really weren’t sure what was going to happen. We certainly never expected this.”

He said Westlake, which is being constructed as its own city in what was known as the Ag Reserve, is the company’s only active community. The company’s developments in Sunrise and Port St. Lucie have been sold out.

“We’ve been pleasantly surprised by the year,” Belmont said. “Interest rates have a lot to do with that. Probably 54% of our business comes from the immediate area and 25% comes from Broward and Miami-Dade counties.”

Belmont said he believes COVID is driving people to look for more suburban spaces. More than half of the customers, he said, are leaving rental homes and complexes behind.

One of them is Spencer Steele, who just retired from a 30-year career as a Broward County corrections officer. But for 17 of those years, he had a musical sideline working as a DJ. Now he’s a host of an internet radio program and needs more space to operate.

“I’m going to make one of the rooms [into a studio] at the new place,” he said. “It’s going to be my office. I’m going to run everything right out of the office there.”

Now a resident of Miramar with his fiancée, he said the couple “was just looking to get more bang for my buck if you will,” as they shopped for their first home.

“A lot of the stuff here was definitely really congested,” he said of Broward. He said they looked as far north as Port St. Lucie and settled on Westlake because of the space it offered. “Some of the other places were smaller and they didn’t have as much to offer as Westlake does,” Steele said. “The rooms and square footage were better and the price was better. Once I compared what I was going to be getting, Westlake won hands down.”

Another developer, PulteGroup, is building 93 homes on a 31-acre site near Lake Worth. Located on U.S. 441 south of Lake Worth Road outside Wellington, prices at Windsong Estates are expected to start in the low $500s.

“The pandemic is driving more people to buy single-family homes in less urbanized areas, and we fully expect that trend to continue for the foreseeable future,” said Brent Baker, president of PulteGroup’s southeast region. “Many people are preferring smaller, more intimate neighborhoods today.”

And Arden, an “agrihood” development in Wellington, reports sales were up 50% this year over last with buyers coming from inside and outside South Florida.

“Months of social distancing has changed the way many people live in their home,” said Susan Moguel, marketing director at Freehold Communities, the developer of Arden. “Today’s buyers want homes that have office space, a room where kids can study, larger kitchens and plenty of outdoor space.” 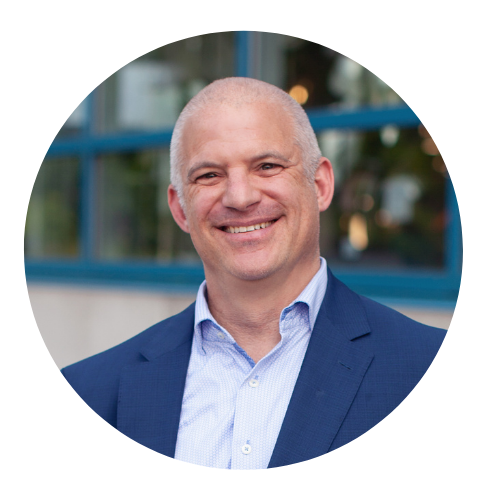 Licensed Realtor, Stand-up Comedian, and Retired Police Sergeant. I took my 25 years of law enforcement experience, threw in my experience as a stand-up comic and college teacher, and used those ideal....

Homeowner Associations (aka: HOAs) - The good, the bad, and the fine print

Purchasing a home with an HOA has special considerations; engage an experienced Realtor to help.With historically low home inventory and single family homes in high-demand, many first time home

Why is the information on Zillow so confusing? Is it accurate or is it old?

Reasons your confusion is real, and why enlisting the help of a realtor will help you achieve clarity.Zillow. Realtor.com. Trulia. We’ve all heard of them, seen their Super Bowl and SNL

I just had my future home inspected; what do all of these issues mean, do they have to be fixed, and what else might be lurking?

And why choosing to work with a full-service Realtor can mitigate a painful selling experienceDiscount brokerages: you’ve seen them. They lure home sellers with shouts ofWe sell for less!Sell

By registering, you agree to our terms of use and that real estate professionals and lenders may call/text you about your inquiry, which may involve use of automated means and prerecorded/artificial voices. You don't need to consent as a condition of buying any property, goods or services. Messages/data rates may apply.